Do you have negative thoughts, beliefs, or patterns that haunt you and that won't change in spite of your own efforts? Do you need to heal from a loss or break free from something (or someone) that you're mired in? Do you need more feeling that you're on target in your life? I work with people who feel stuck, who would like to free themselves from stress, hurt, frustrating circumstances, dead-end careers, or unproductive behavior and move into a balanced and hopeful future. You can heal whatever has held you back or wounded you, design a new chapter in your life, and move on--even while coping with difficult issues.
Divorce… break-up...relationship stress...career change…grieving...depression ...family issues...empty nest… procrastination...overwhelm...finding life balance...anxiety... life purpose...spiritual loss ... moving on.

Call 1-808-639-4517 for a free consultation.
Sometimes it's difficult to accomplish what you want or make the changes you seek in your life without a helping hand. If you've been trying unsuccessfully to deal with an inner or outer challenge your own, and you're still not finding the peace or success you had hoped for, Dr. Cohen will be happy to have a complimentary conversation with you to determine if coaching might be of assistance. She has over 20 years of experience helping people to heal from trauma, stress, divorce, job loss, destructive patterns, procrastination, and inner turmoil. It is her joy to help clients to know themselves better, heal from whatever has held them back, discover the best within themselves, and to find the enthusiasm and energy to go after whatever makes their hearts sing.

Studies show that people who get counseling or coaching by telephone make at least as much progress as those who meet with a counselor or coach in person. In fact, there's research showing that telephone counseling may work better, and that people who have experienced both in-person and long-distance therapy prefer to work by phone. Find out more about this surprising fact by clicking the link to my Noomii article at http://www.noomii.com/articles/2163-research-shows-telephone-coaching-works-better.

Five Things to Negotiate While Waiting for a Raise 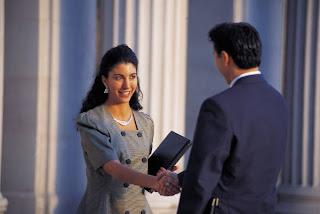 Because the economy has been miserable for a while now, many of us have succumbed to shortage mentality. We wouldn’t dare ask for a raise. And in fact, few companies have been giving out raises. Instead, benefits have been cut and then cut again. Now, though, there are some early signs that economic recovery may be on the wind. Your company might not yet be open to salary negotiation, but there are things you might be able to do in your current position right now to increase your compensation.

1. Ask for a percentage. Step back and evaluate how you might increase value for your company. Can
you do something to bring more customers, increase visibility, expand offerings, boost efficiency? If so, write up a proposal outlining your idea, and suggest that if you manage to complete the project, the company could reward you by giving you a percentage of the increased revenue your efforts garner.

2. Ask for a bonus. If your boss says the company can’t afford to pay you more, ask for a bonus based on the company reaching certain benchmarks. This strategy is similar to asking for a percentage, except that your reward is tied to company performance, and it’s a one-time deal. Of course, it will be easier to win the proposition if you tie the bonus to your contribution. In other words, you get the bonus if the company does better and you can document the fact that you played a role.

3. Ask for telecommuting privileges. Now might be a great time to put forth the possibility of working from home part time. Why deal with the commute and a stagnant salary?

4. Negotiate with time instead of dollars. You can compensate for the lack of salary growth by creating a schedule you love, if your employer is willing. It can’t hurt to ask if you can tack on a week of vacation time, or come into work later or earlier, or shuffle your schedule to work only four days a week.

5. Up the training dollars. Your boss might not feel ready to risk giving you a salary boost, but you might be able to shake loose more money for professional development. If you approach your company with this idea, make sure you emphasize how the cost of the training will come back to them tenfold since it will help you to perform at a much higher level. 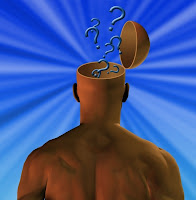 When my husband had to choose which colleges to apply to, way back before I knew him, he consulted the Barron’s Guide to Colleges and became overwhelmed--there were too many schools, too much information, and he hadn’t a clue how to narrow down the options. And so, he threw the book down the stairs in frustration.  It landed at the bottom step, splayed open to a page describing Ithaca College. And that’s the way my husband decided that he would go to Ithaca College, which is the school he graduated from.
That’s not a process I would recommend—throwing books and trusting that fate will make them land opened to the page bearing the right answer for you. And yet, though that particular approach seems far-fetched, it’s not actually that far off from the methods many of use for deciding which path to follow. Typically, when faced with a tough decision, we talk to friends, we try to consult our intuition, we see what the universe makes happen, trusting that the cosmic breeze will make the “right choice” drift our way. Some of us consult oracles and prophets. Few of use a scientific process to arrive at a conclusion, other than maybe listing pros and cons.
And yes, there are great processes you can use to narrow your options down. If you need help getting over anxiety that arises when you confront your choices, these processes can be of enormous help. They can help you to have much more clarity about what your choices actually are. And by the way, I’m not saying there’s no place for intuition. Rather, I’m suggesting that first, get clear on what’s already in your mind and heart by using the help of some great step-by-step methods, and then, if you want to add intuition to the mix, go ahead.
Here are some pointers and practices that may be of help:
Hope this helps!
Dr. Hiyaguha Cohen works with clients by telephone, Skype, and email. She also sees Hawaii  counseling clients in person. Visit her website at www.thelifechangecoach.com.